The newly-added tourist center, left lake-bank tourist center, combines the style of Suzhou gardens and that of Italian villa into its own construction. From now on, you have five “small houses” at your service in touring Jinji Lake scenic area. 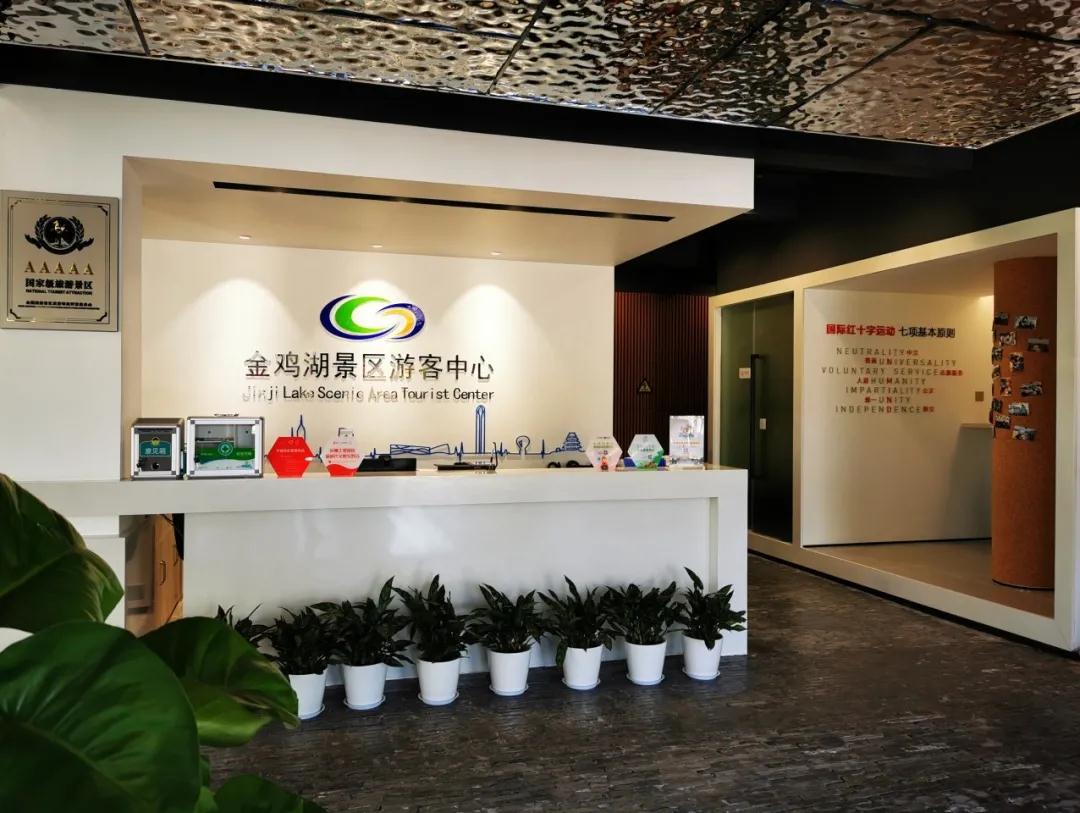 Lying beside Nongli Square at Hubin Avenue, the building where left bank tourist center now located was formerly established as an Italian restaurant whose business lasted for nearly ten years. 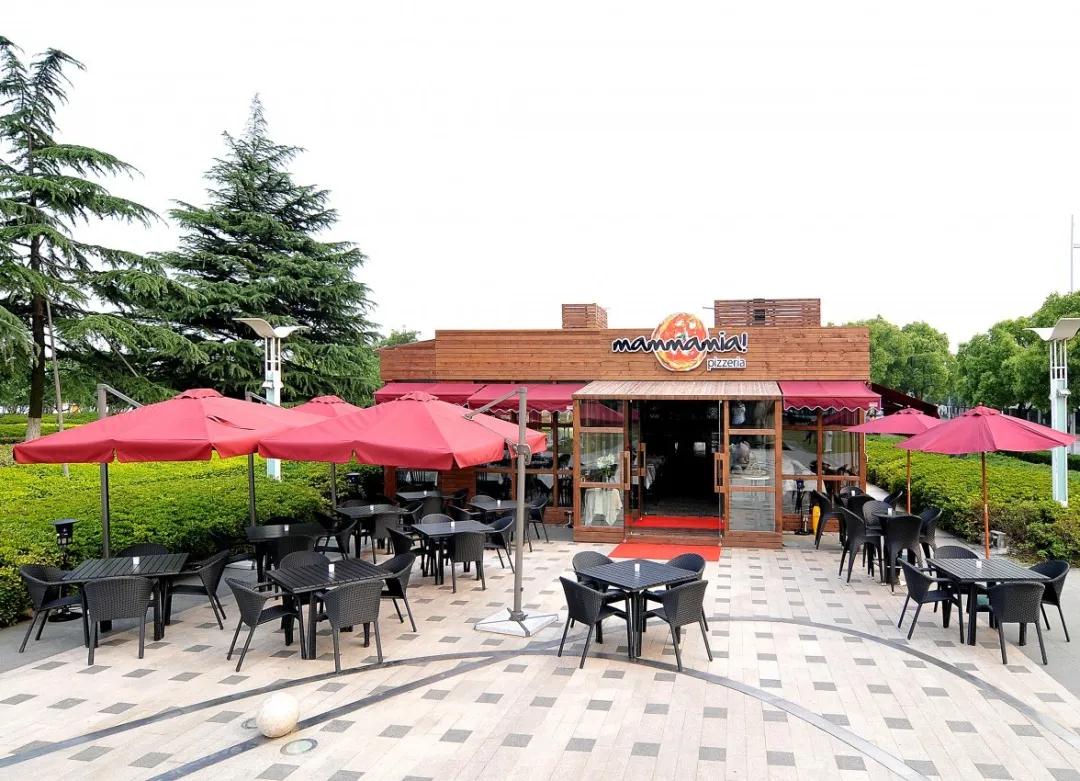 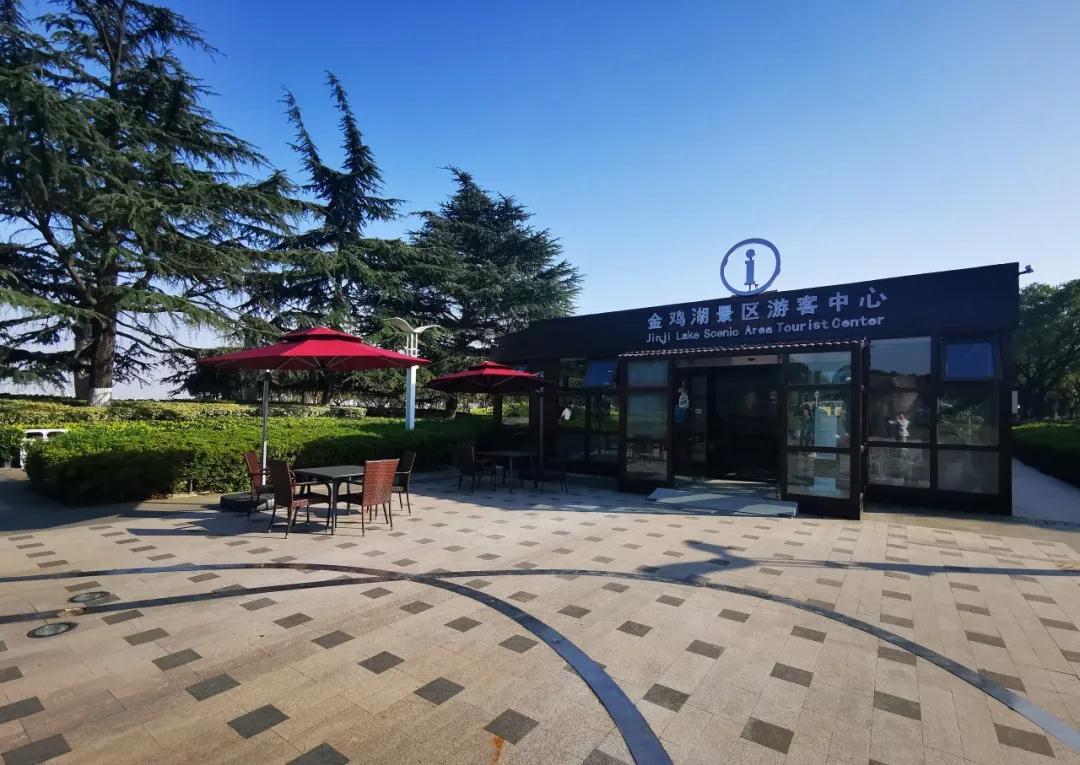 Now as a tourist center

Left bank tourist center of Jinji Lake scenic area is the one closest to Jinji Lake among all five centers. 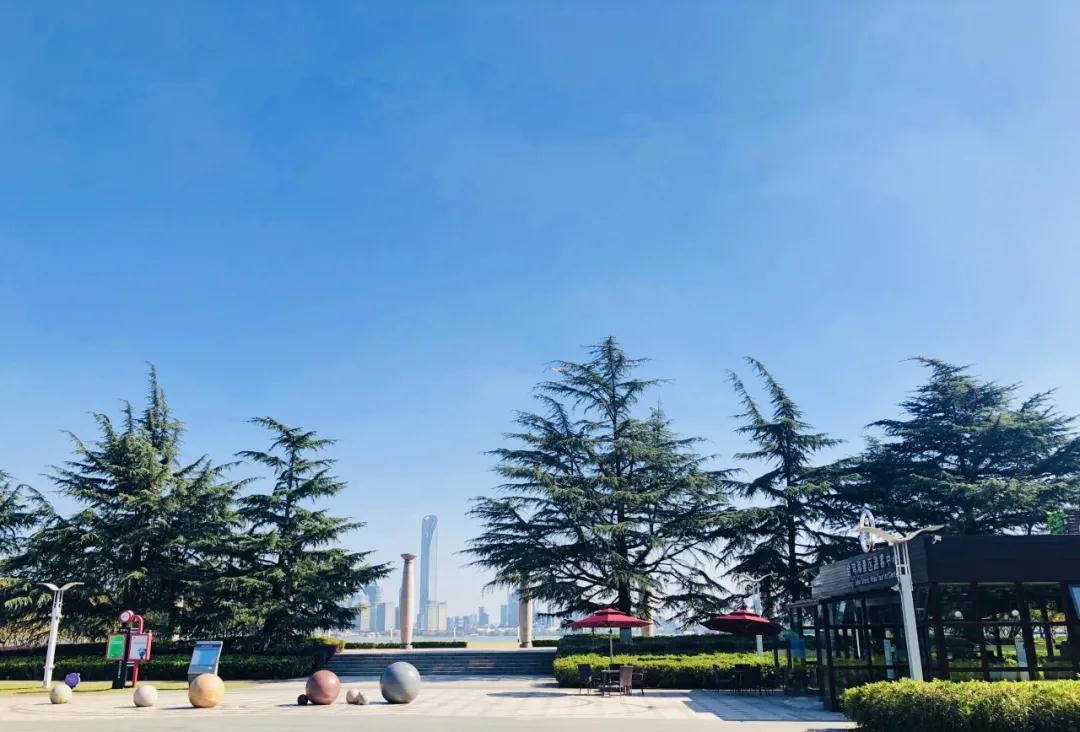 The stone balls at Shiji(centennial) Square in front of the center impresses visitors deeply by its mimicking the vast solar system in the universe. With it, hopefully the center will leave you an abiding memory. 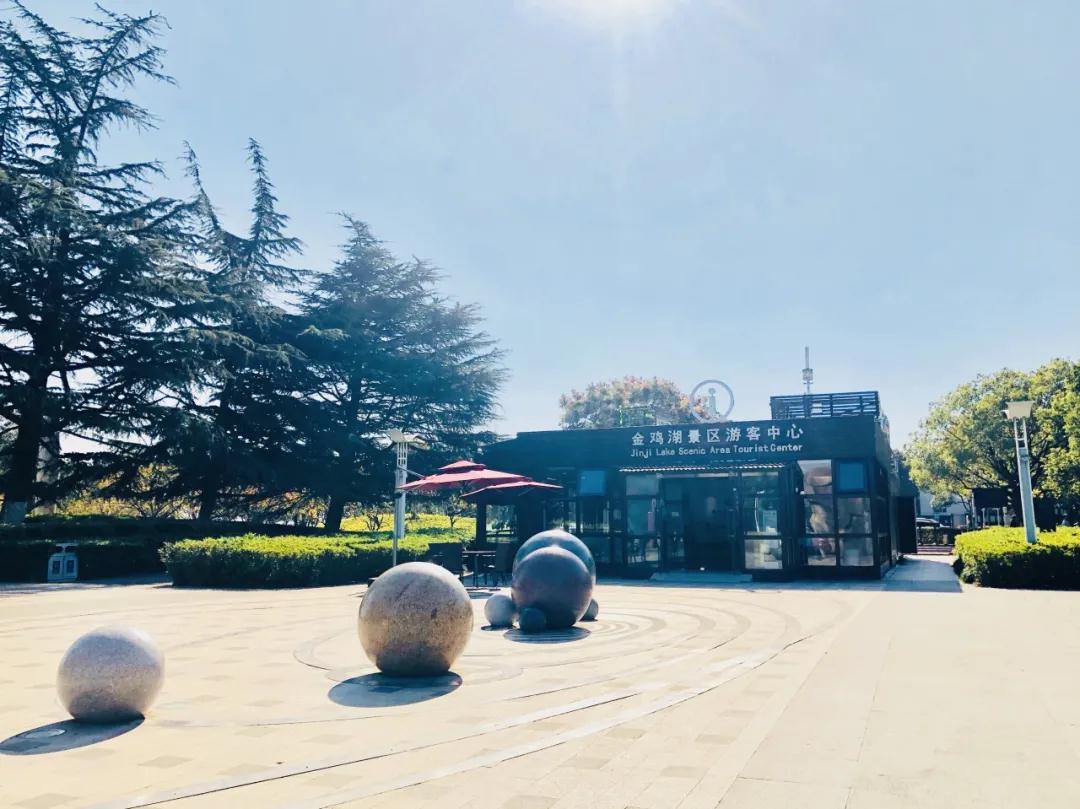 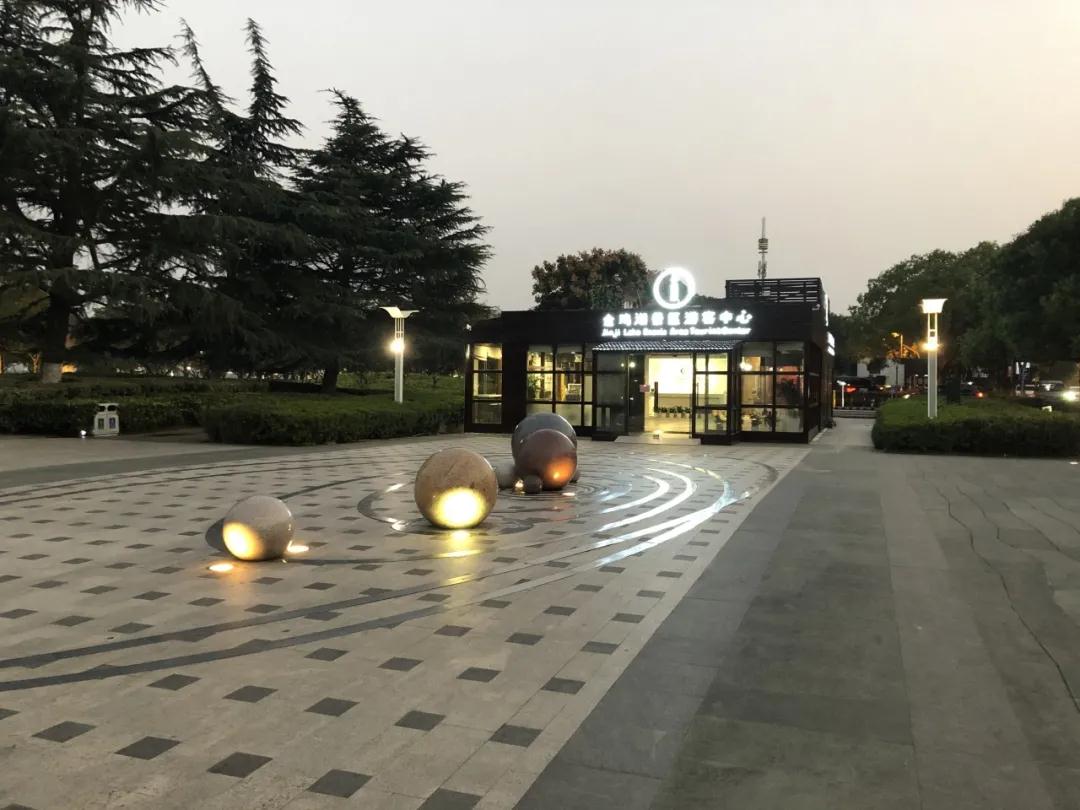 When the Italian restaurant was renovated and transformed into the center, the grey bricks on the floor and a red pizza oven were intentionally retained. 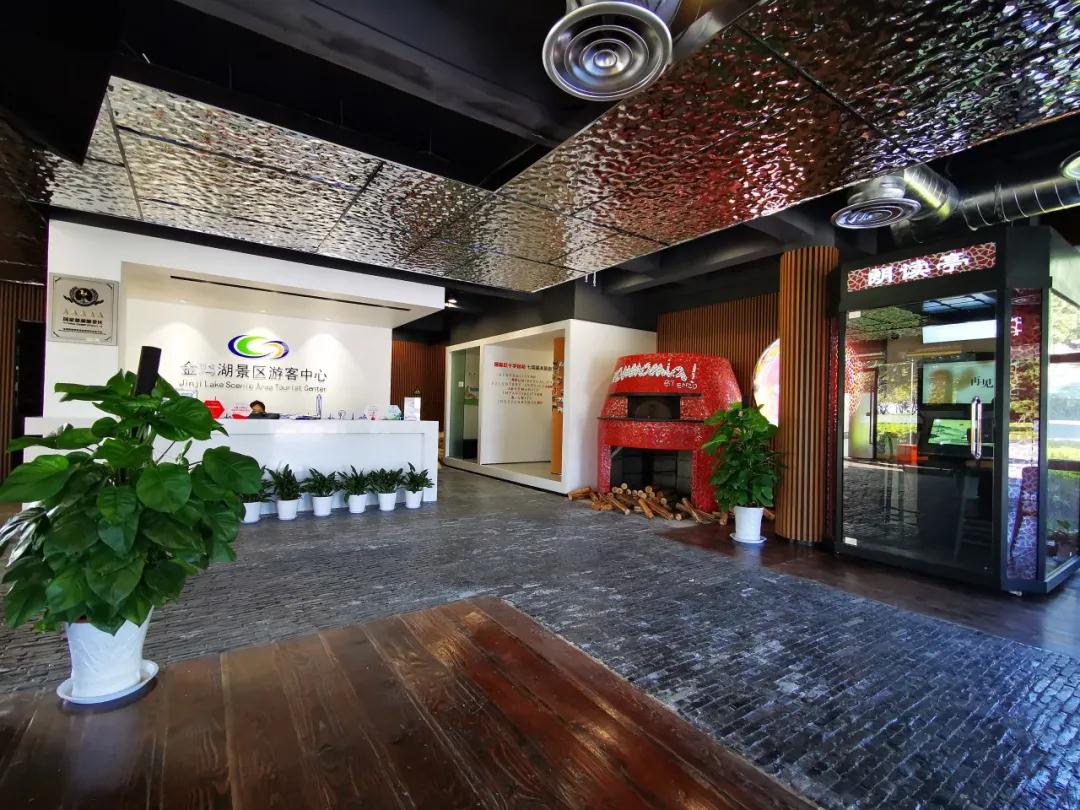 At the sight of the grey bricks, visitors would think of the classic Suzhou gardens because this kind of bricks were often used as pavement in their courtyards, while the red oven would remind people of the history of this building as if the aroma of pizza from that time were still permeating in the air. A  study next to the oven is another ingenious design, which creates a scholarly atmosphere for the center.(In ancient China, the combination of a study and a stove during a snowy winter night used to indicate a scenario describing a scholar’s life where the scholar, often living in seclusion, would sit alone by the stove reading books or together with several friends chatting over a drink about state affairs or stories from books, therefore, Wang Yongbin, a famous writer of Qing dynasty, wrote a book entitled Wei Lu Ye Hua (literally, sit during night around stove talking and writing). The publication of the book spread its cultural connotations farther and wider.) 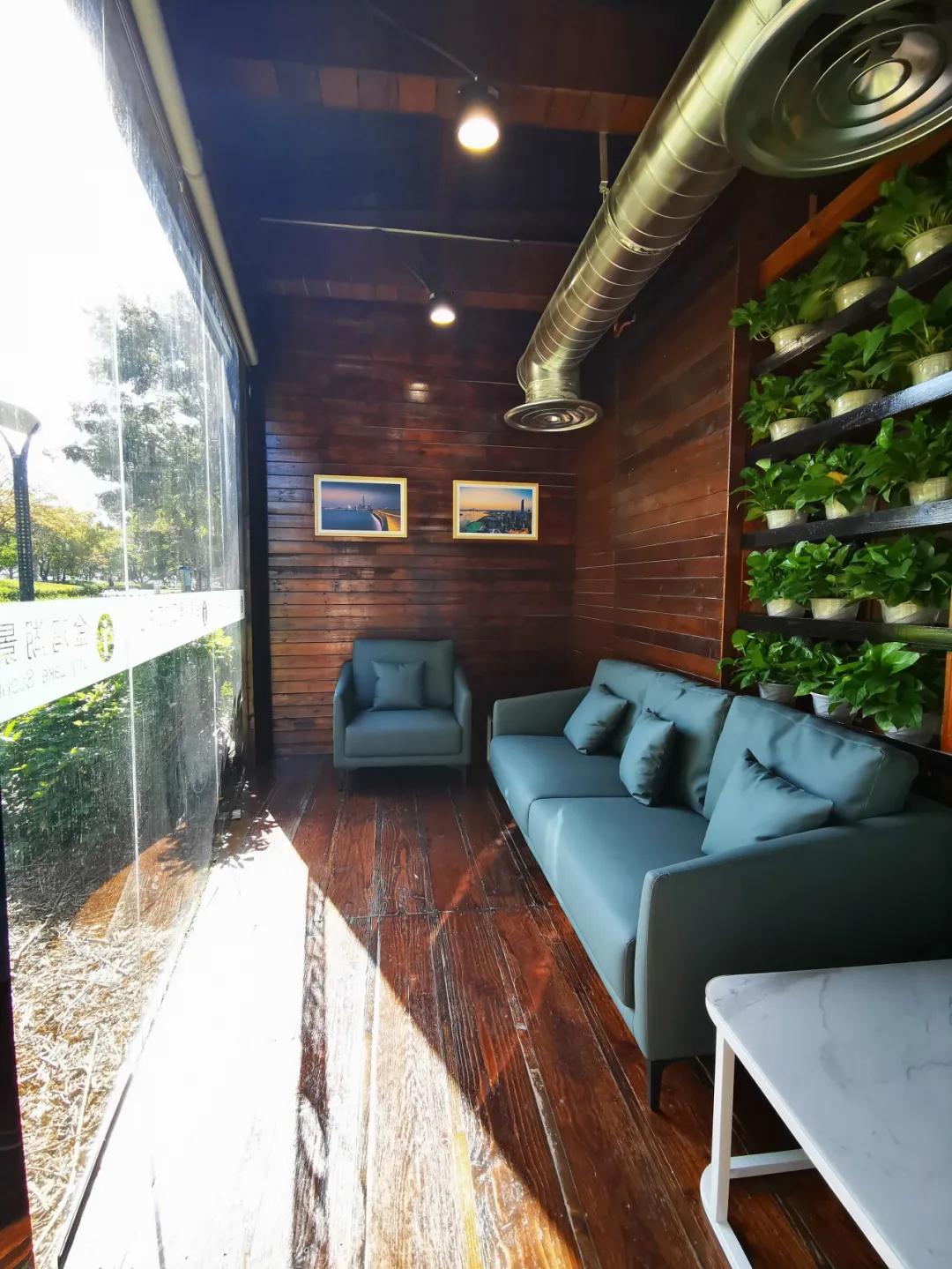 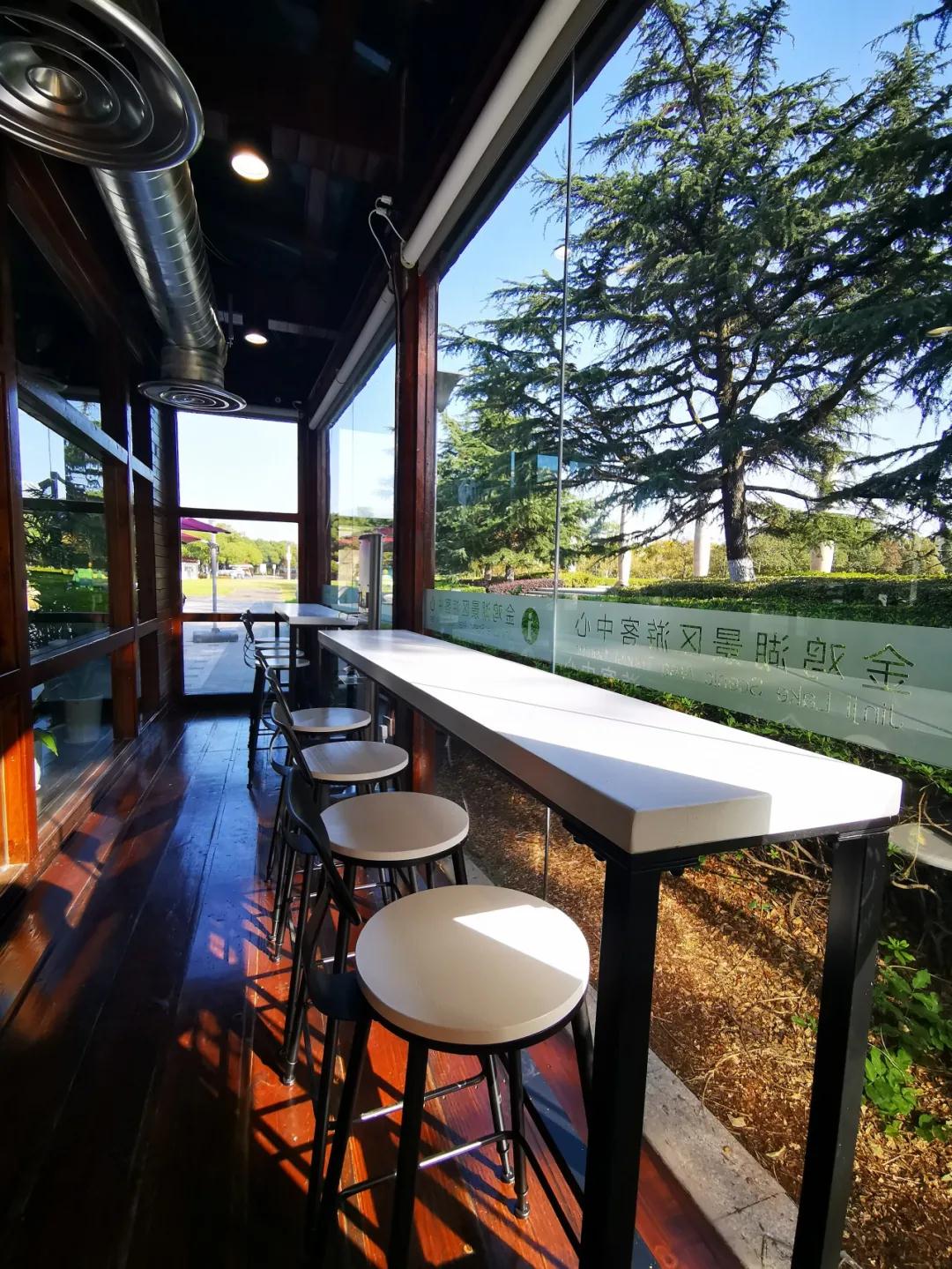 The roof of the building has been reinforced with stainless steel plate bearing water ripple design on the plate surface to symbolize Jinji Lake water. Furthermore, the ripple design has a good sunlight-reflection effect which has brightened up the room. A space in the center as large as 150 square meters will be set aside for “Jinji Lake Water Droplets”Volunteer Team to carry out activities inside. Currently, left bank tourist center is in trial operation period. 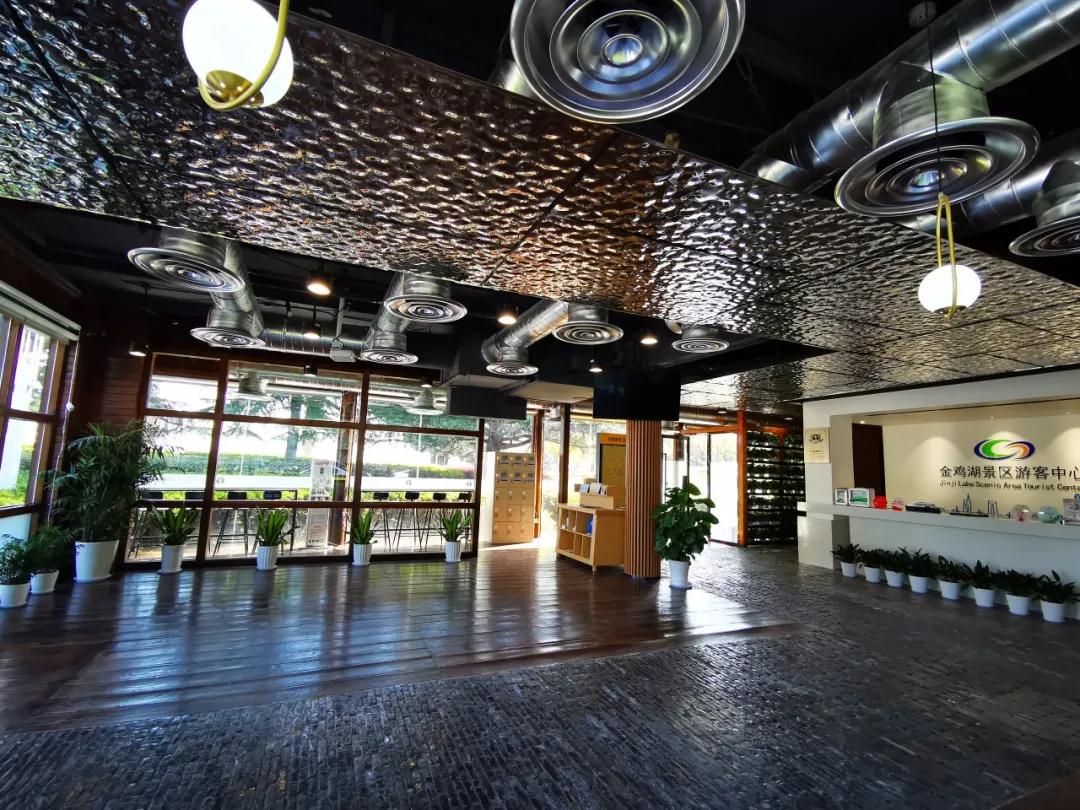